THE CAMINO WAS CALLING AND I SO VERY MUCH WANTED TOGO.

to the Camino de Santiago... 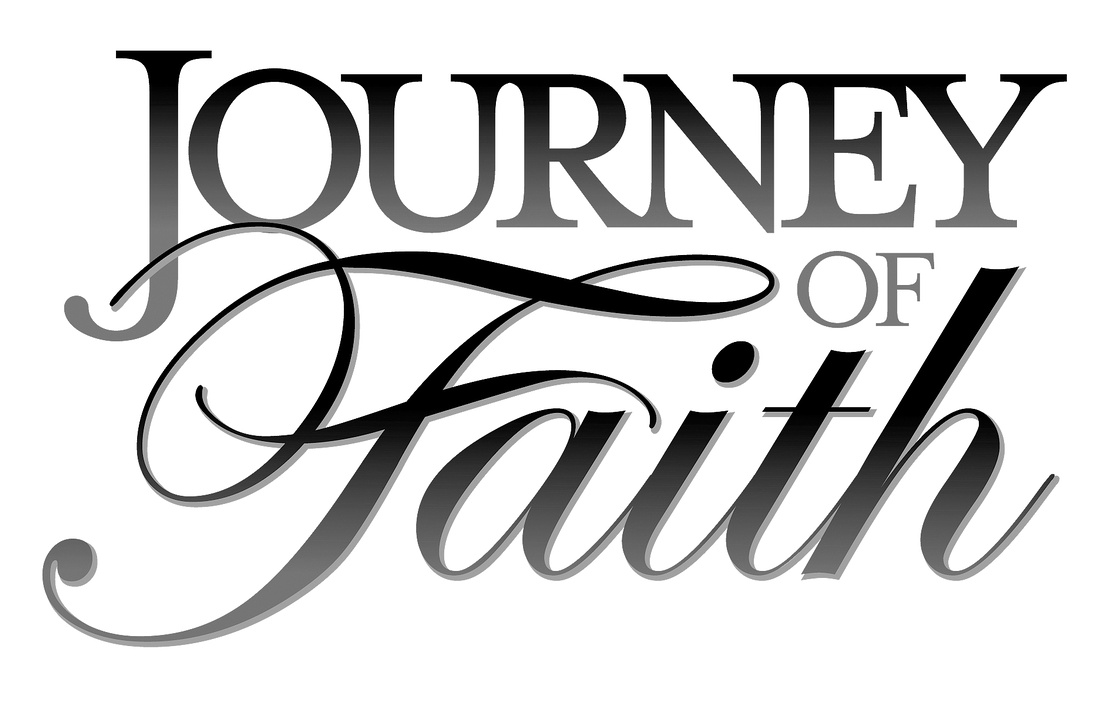 The Camino de Santiago or the Way of St. James in Spain is for most, a spiritual journey that pilgrims of all faiths and backgrounds have traversed for over a thousand years. 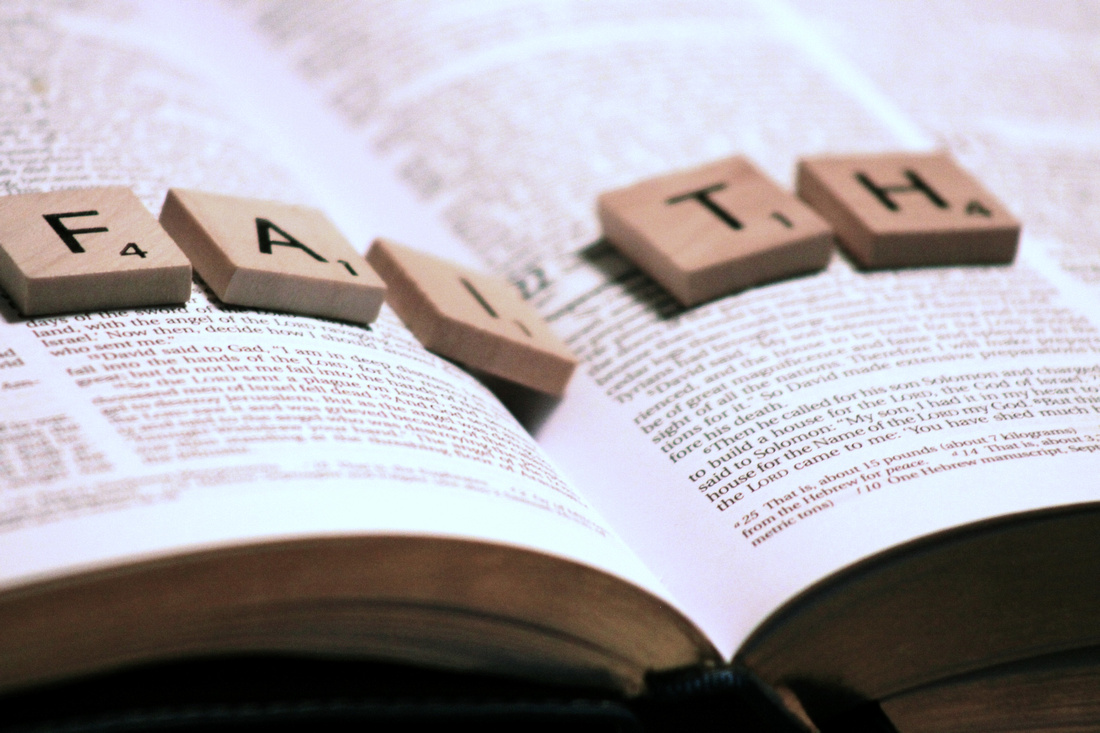 For me, walking the Camino would have been a 'Journey of Faith'.  However, I cannot go. The reason I cannot go is because of Lyme Disease. Yet, one of the great lessons a person may learn on the Camino is that we are all able to do far more than we think we can - if we just try. Even though the journey of the Camino can take a vast amount of time, the way will build faith in yourself; seek to rehearse positive outcomes, think confidently, act confidently, maintain a positive mental attitude, do not seek perfection, trust that the Camino will provide for you, swim in the essence of the opportunity granted to you along the way, look fear straight in the face and yell, “I WILL OVERCOME!!!,” and visualize success in reaching Santiago de Compostela.

Pilgrims do this journey for many reasons; some may do for health, cultural, or historical reasons, while others may simply be hoping for a miracle along their way; however, whatever your reason for walking the way, you will be touched by the beautiful landscape Spain offers, you will gain a greater appreciation for the magnitude of emotion that you will encounter in reaching your goal, and you will have accomplished a far greater task than you ever thought you could.in strength, courage, and confidence by every experience in which you really stop to look fear in the face…You must do the thing you think you cannot do. — Eleanor Roosevelt

The most popular route is the Camino Frances, which crosses the Pyrenees Mountains along the Spanish-French border starting in St. Jean Pied de Port. Although you can avoid the mountains by beginning in Roncesvalles, the first town across the border of Spain.

I planned to start my journey in St. Jean Jean Pied de Port, France so I could cross the Pyrenees Mountains. I wanted to do this entire hike for religious purposes and other various reasons. I trusted and had faith in my personal Lord and Savior to guide 'my way.' This trek was all about me. This was my way. This was my journey of faith. This journey of faith would have happened as I planned had it not been for getting so sick and unable to keep my strength up to conquer just walking to the bedroom.

By following yellow painted arrows marking the journey, I would have hiked 12-15 miles each day so that I could reach the next town for the night. At this pace, I would have reached the Cathedral de Santiago in 32 days to attend the Pilgrim's Mass which is held at noon each day. 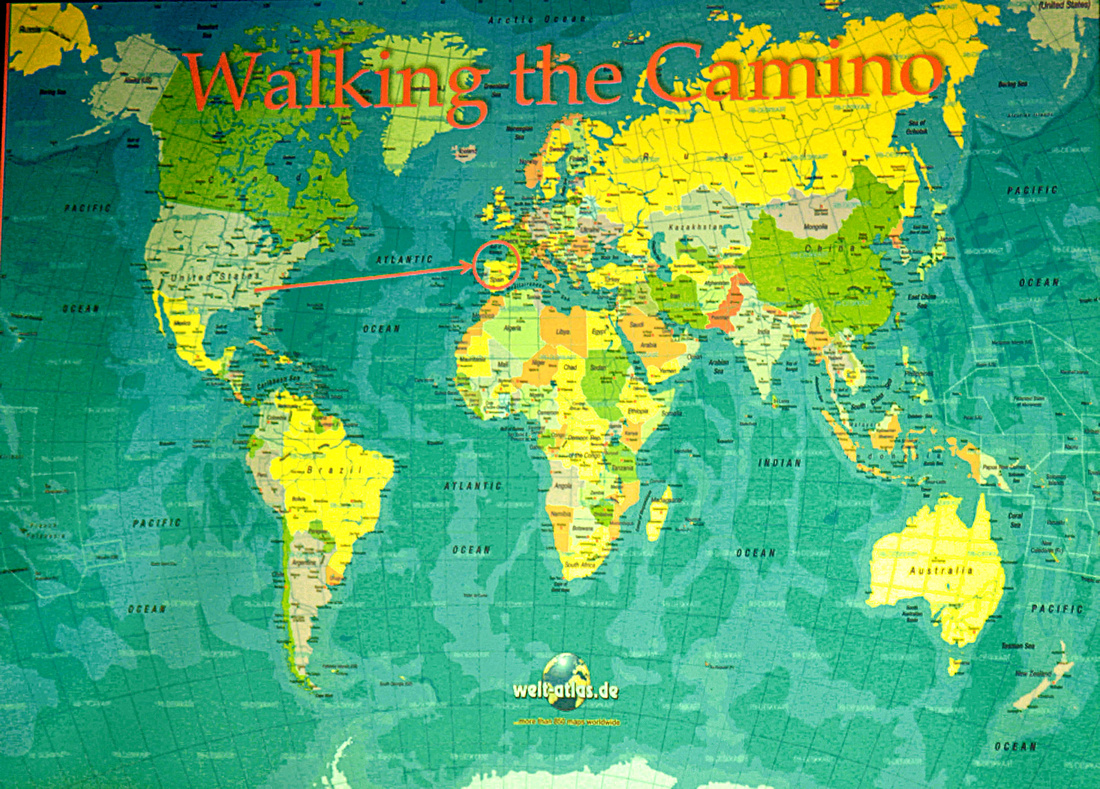 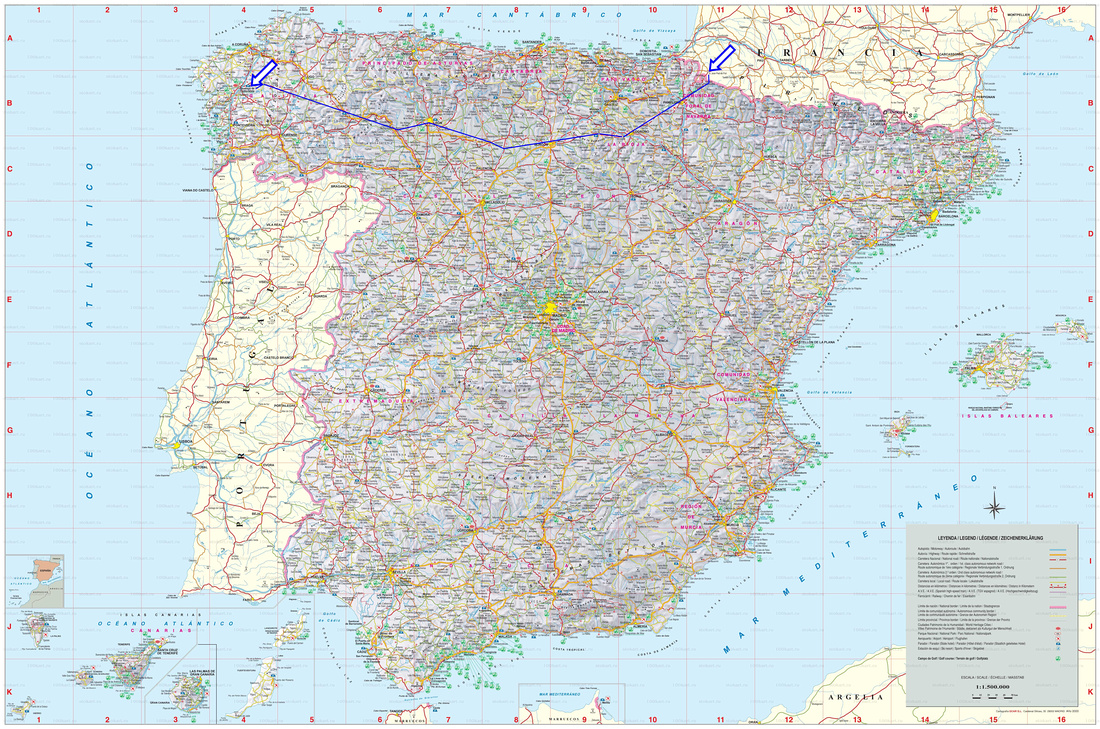 This is a huge digital map that the only thing you can really see are the arrows; the one to the right is where I had originally planned to start my journey, and the one to the far left is around where I have ended part of my journey in Santiago de Compestella; however, it would have officially ended on the outer limits of the Galician coast in the northwestern corner of Spain in Finisterre.

Along the way, I would have encountered other pilgrims from all walks of life who spoke a different language, had different religious beliefs, and eaten different foods. I know those I would have met on the Camino would have been lasting friendships for me.

I planned to stay at the Parador in Leon - the one in the movie, The Way, where a single pilgrim's rate is $80E, (less than a Holiday Inn here in the states), and the next day I would have had a huge breakfast.

WHY THE CAMINO DE SANTIAGO ALL THE WAY OVER IN SPAIN?

I have never been away from my family for more than 3 days and this journey would have not only be challenging in that I would have needed to walk daily to get from one point to another, but I would pray to my Lord to guide my way; providing me all that I would have needed. I was frightened to leave my family for 35+ days; frightened of what may happen while I'm out of the country, frightened at a whole lot of everything (but I have to let that 'frightened' feeling go and have faith all will work out), and yet I was truly excited at the same time. I was really looking forward to this journey, and I could not wait to fulfill this chapter in my life and experience all the Camino had to offer!

I am an independent person; however, the life I live can be super chaotic; it is filled with daily rituals where I need to make sure my son is being properly cared for, make/return phone calls, create/reply to emails to clients regarding photography, take care of a house full of pets, take care of a husband, clean house, wash clothes, pay bills, etc. and yet with this adventure, I would have let go of all of that for only 35 days and I would have carried myself and my faith into a completely different realm of my life.

I needed this journey to regain a morsel of my existence. I needed this journey to see the world through different eyes, to understand a greater power in the universe, to appreciate life and to live. Now I am not saying here that I do not appreciate the life I have. Of course I do. I am a very blessed person. I have a family I love and adore, a roof over my head, food on the table, and yet something was missing. No, I am not going through a mid-life crisis. I am not sure if I even believe in those. I know there is a whole other way of life out there and I wanted to experience what pilgrims have experiences for over a thousand years. I wanted to live that life. I wanted to have a purpose for doing something for myself for a change and I wanted this goal that I had set before myself to capture my inner spirit and allow it to soar to a greater realm of my own understanding. 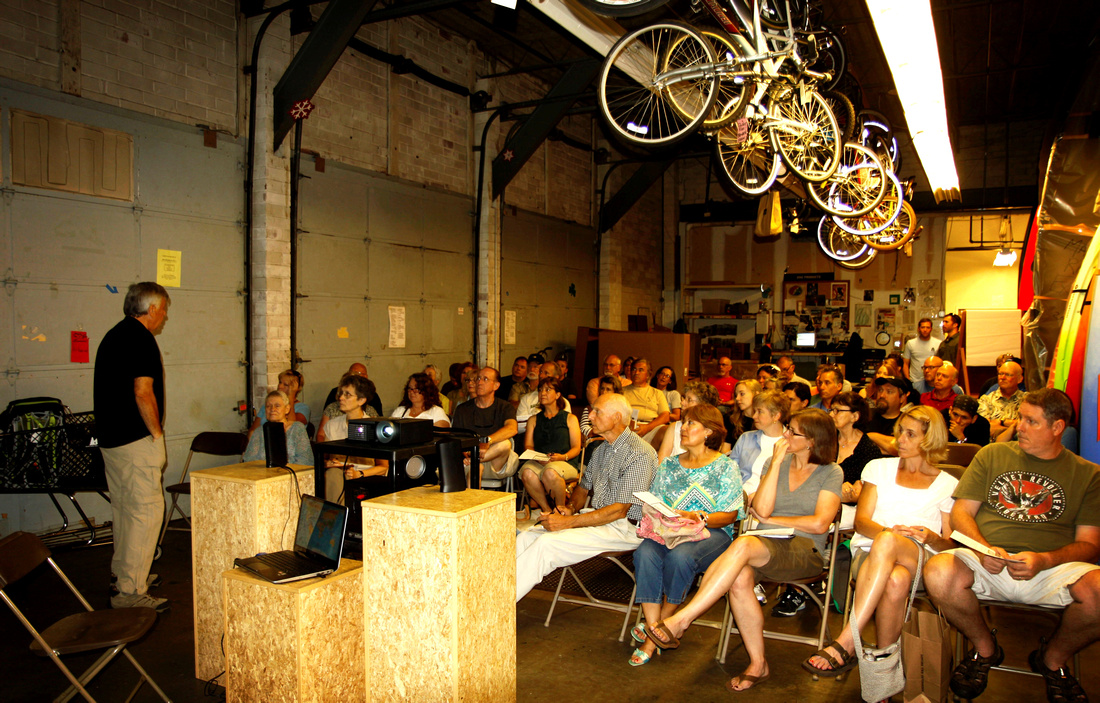 The above shot was taken during a Camino presentation at REI in Atlanta on Sunday, July 28, 2013, given by Tom Beck (far left above). This was an incredibly informative presentation. 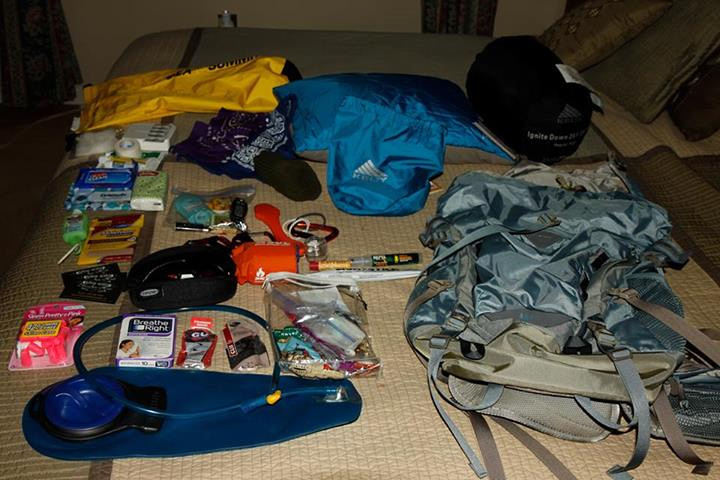 My gear... Preparations began in late June 2013. I weighed everything and some things I would not be taking of course, but at least this gave me an idea of what to take and what not to take. What is not shown in this shot are my clothes and of course my camera since I used it to take this photo. I would have been carrying my camera during this entire trek.

If you visit this link and scroll toward the bottom, you will see the routes I will hike on...  http://www.santiago-compostela.net/frances/index_cf_en.html...

You can also visit this link to learn more about the Camino... http://peregrinossantiago.es/eng/

Most pilgrims carry a document called the credencial, purchased for a few euros from a Spanish tourist agency, a church on the route, or from their church back home. The credencial is a pass which gives access to inexpensive, sometimes free, overnight accommodation in refugios along the trail. Also known as the "pilgrim's passport," the credencial is stamped with the official St. James stamp of each town or refugio at which the pilgrim has stayed. It provides pilgrims with a record of where they ate or slept, but also serves as proof to the Pilgrim's Office in Santiago that the journey was accomplished according to an official route.

The compostela is a certificate of accomplishment given to pilgrims on completing the Way. To earn the compostela one needs to walk a minimum of 100 km or cycle at least 200 km. In practice, for walkers, that means starting in Sarria, Spain, as it has good bus and rail connections to other places in Spain. Pilgrims arriving in Santiago de Compostela who have walked at least the last 100 km, or cycled 200 km to get there (as indicated on their credencial), are eligible for the compostela from the Pilgrim's Office in Santiago.

The compostela has been indulgenced since the Early Middle Ages and remains so to this day. The full text of the certificate is in Latin and reads:

"The HEAD of the Holy Apostolic Metropolitan Church of Compostela, guardian of the seal of the Holy Altar of the Apostle James, to all Faithful and Pilgrims from all the earth who come with feelings of devotion or vowed to a cause to the threshhold of the Apostle, both our Patron of Spain and Protector St. James, by authenticating the letters of each and every visitation, makes known that [Name] has devoutly visited this Sacred Church on a pious cause. In whose strong faith this letter is presented, with the seal of the same Holy Church, conferred upon them.

Given at Compostela on the day [day] month [month] year of the Lord [year]. 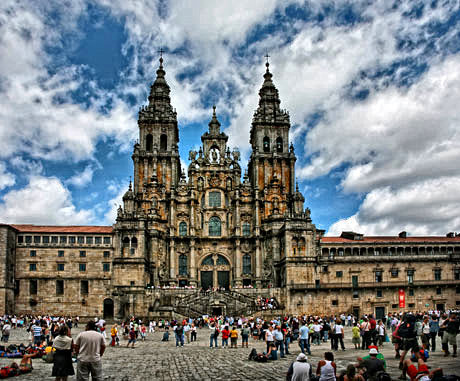 A Pilgrim's Mass is held in the Cathedral of Santiago de Compostela (above and no I did not take the above shot) each day at noon for pilgrims. Pilgrims who received the compostela the day before have their countries of origin and the starting point of their pilgrimage announced at the Mass. The musical and visual highlight of the Mass is the synchronisation of the beautiful "Hymn to Santiago" with the spectacular swinging of the huge Botafumeiro, the famous thurible kept in the cathedral. Incense is burned in this swinging metal container, or censor. As the last chords die away, the multitude of pilgrims jostle happily as they crowd forward to reach the spiritual highlight of the Mass, the rite of communion.

Priests administer the Sacrament of Penance, or confession, in many languages, permitting most pilgrims to complete the indulgence attached to the pilgrimage upon satisfying the other canonical conditions.

I was proud to announce that I was the co-chair of the Atlanta Metropolitan Area Chapter for American Pilgrims (AMACAP). (However, this is no longer the case as I never walked the Camino due to illness). We had had our first Meet and Greet at Mary, Our Queen Catholic Church in Norcross and it was a huge success! The honorary Vice Consulate of Spain, Mr. Ignacio Taboada was in attendance cooking up his famous Paella and serving up Spanish Wine. 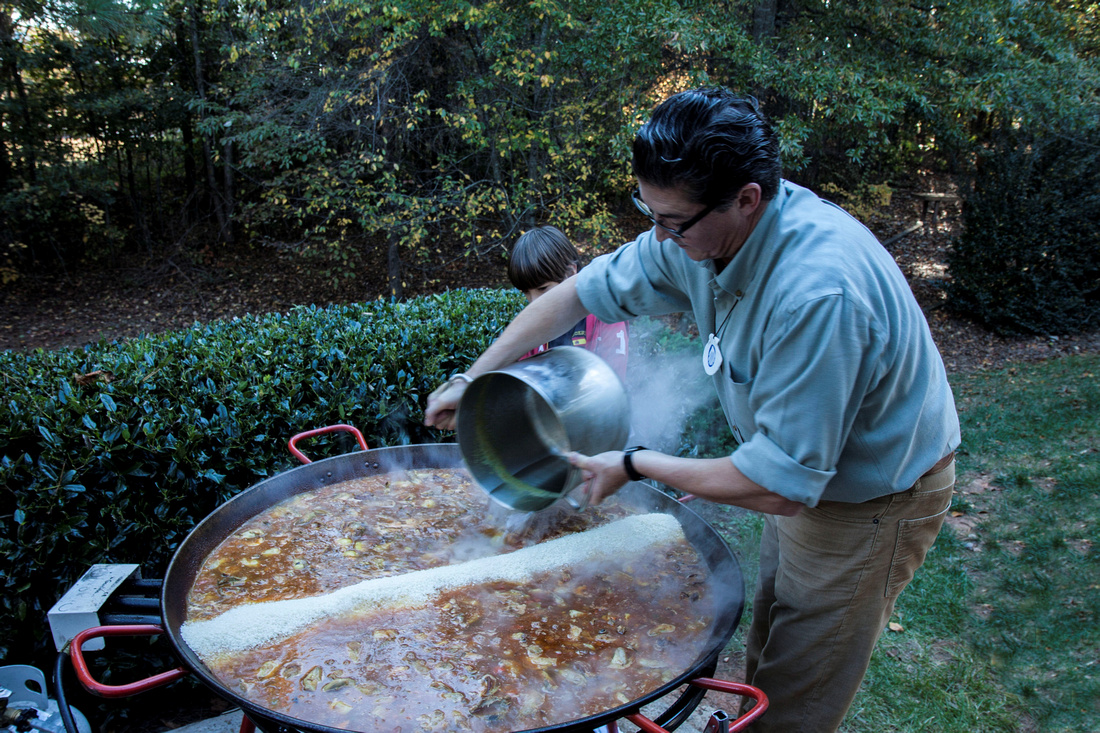 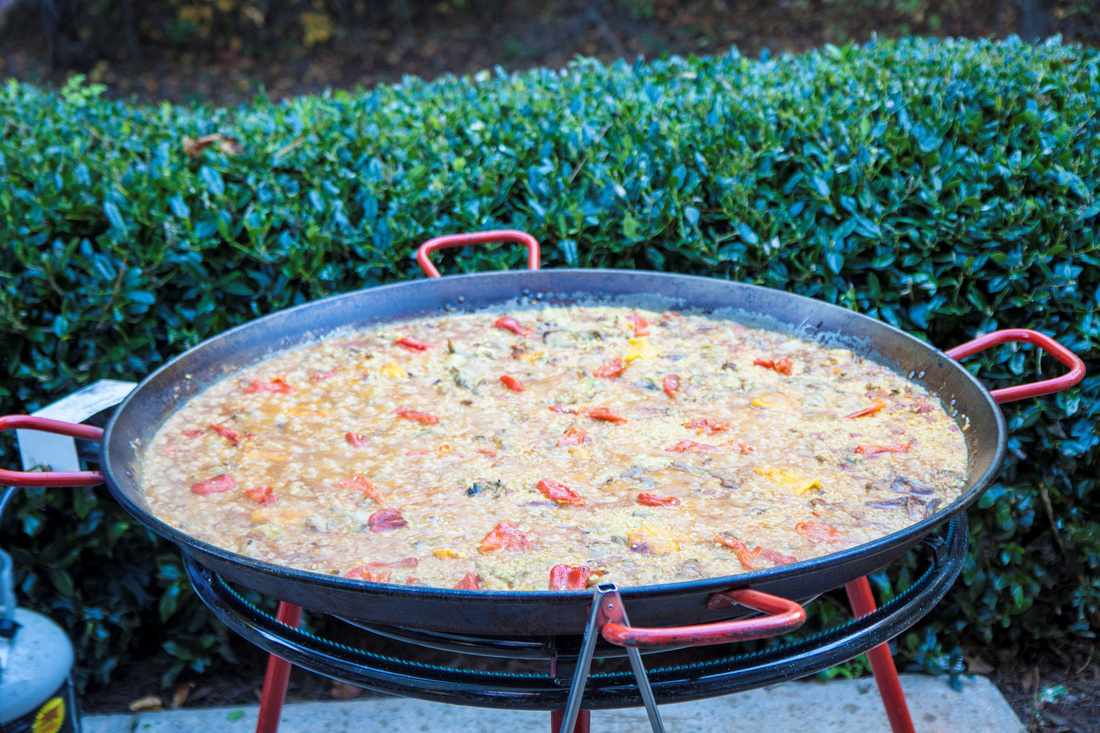 The finished Paella - so delish!!! 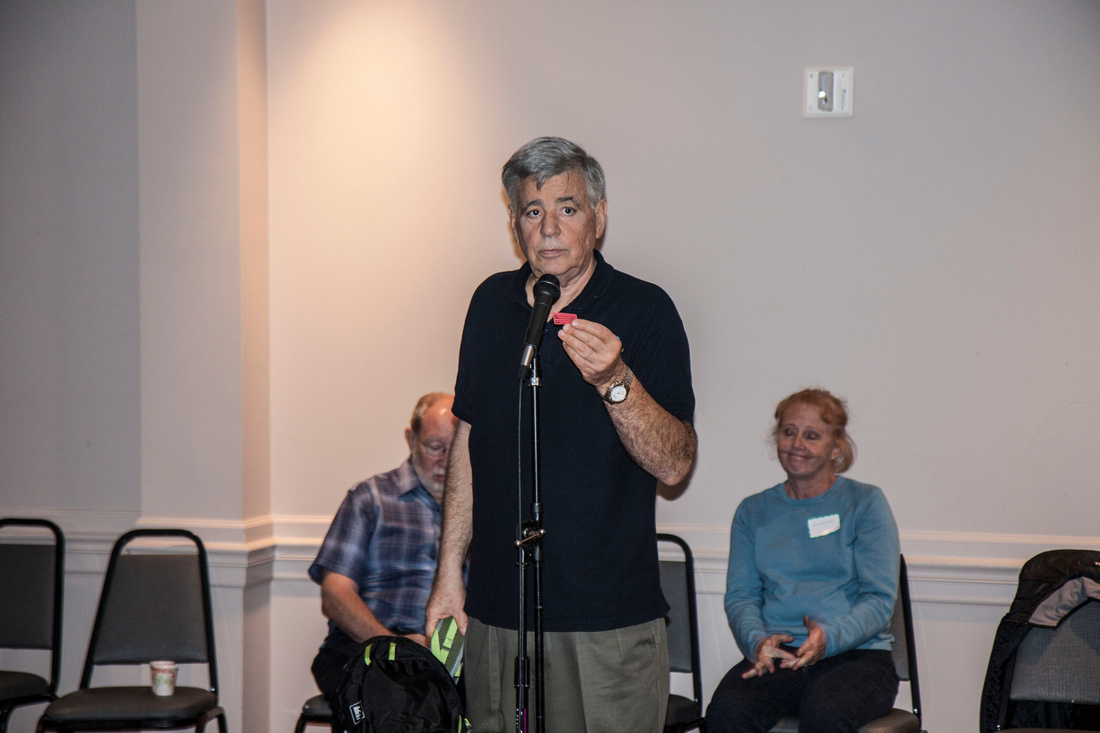 Camino Tom calling out winners for the raffle to win the backpack donated by REI. 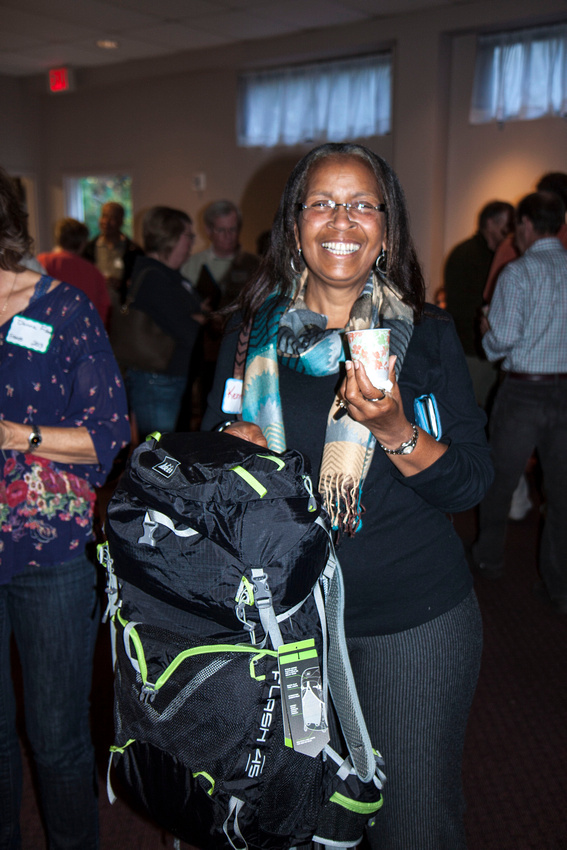 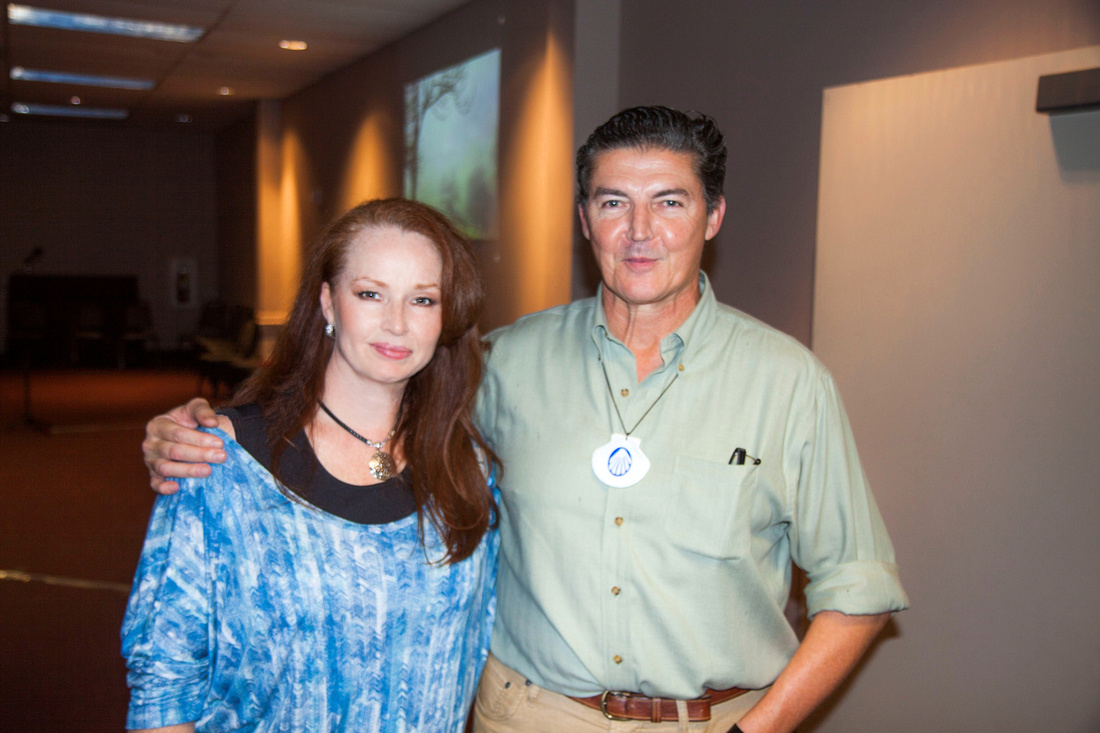 It was hilarious watching him drink wine - the Spanish way...yet he makes the best Paella I've ever tasted!!! 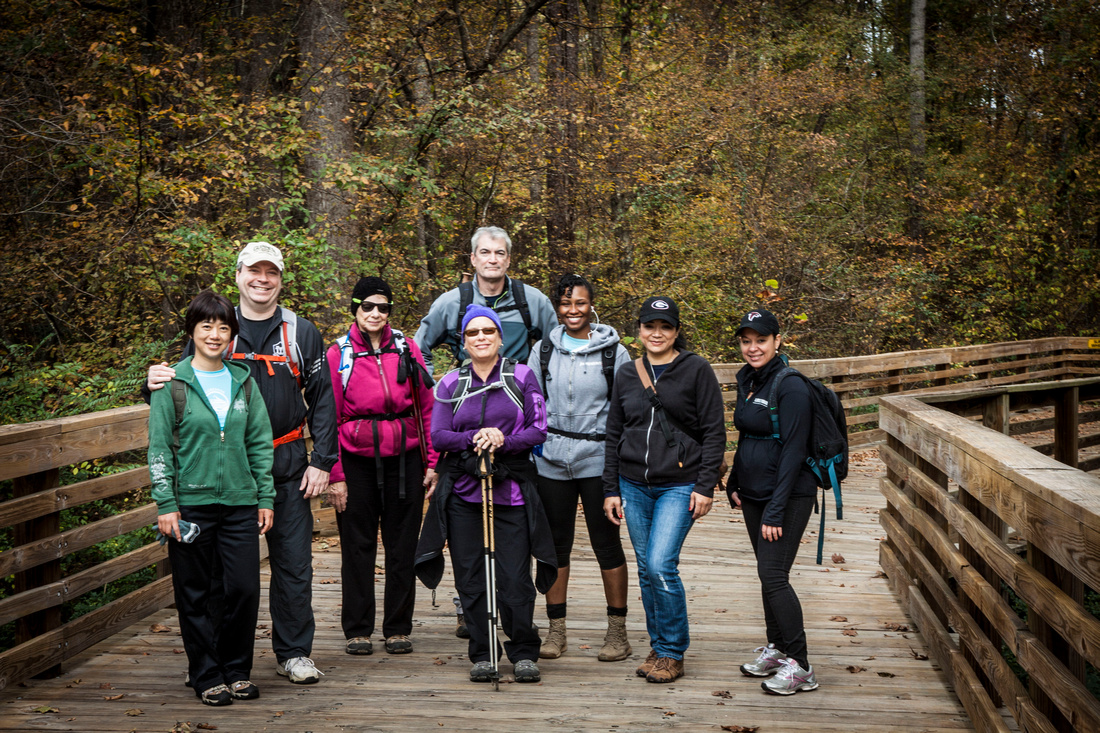 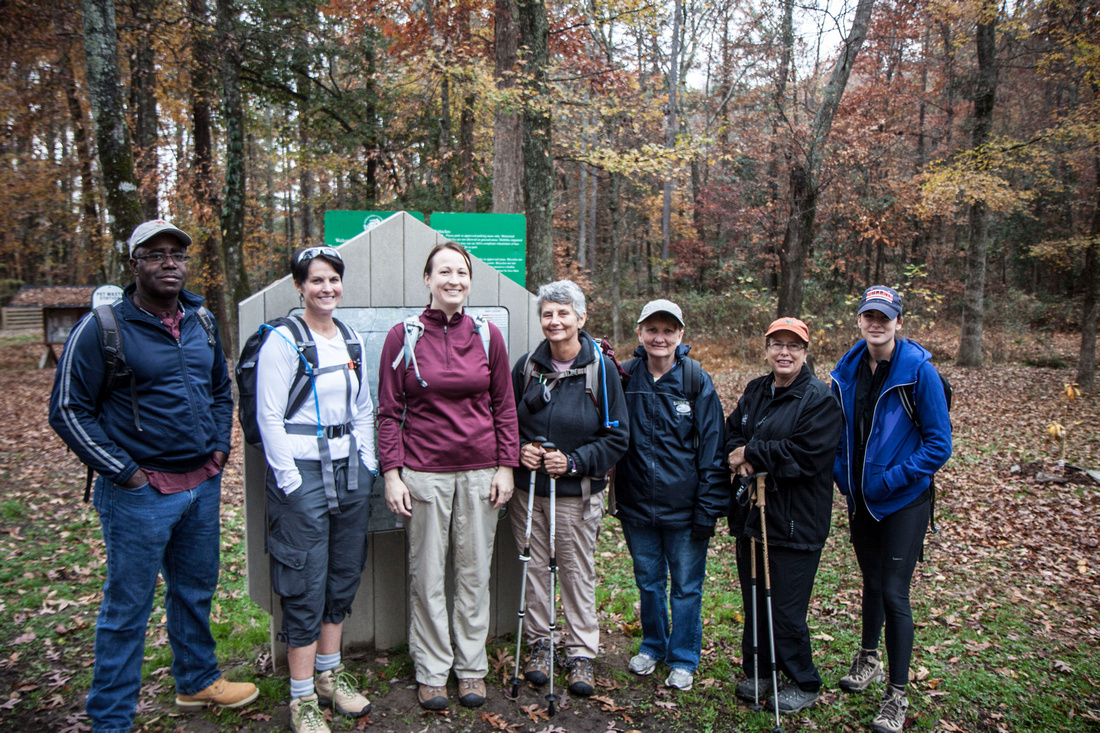 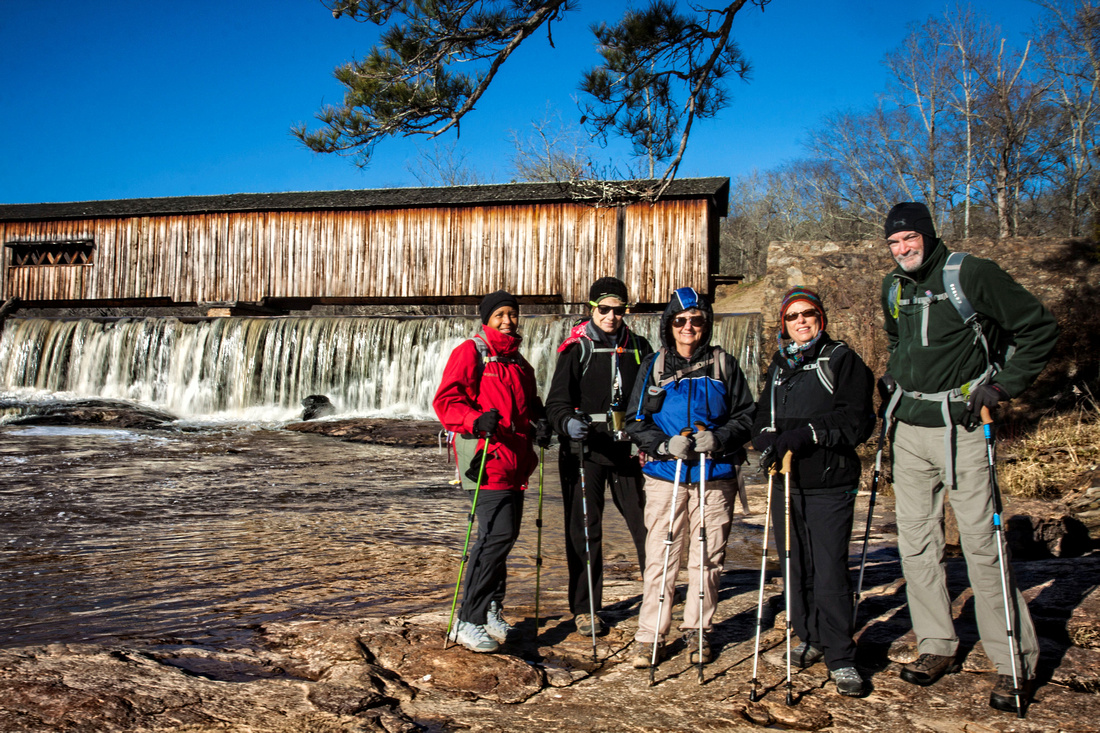 Leslie just arrived back from Spain and LOVED IT!!!

Check out this video: